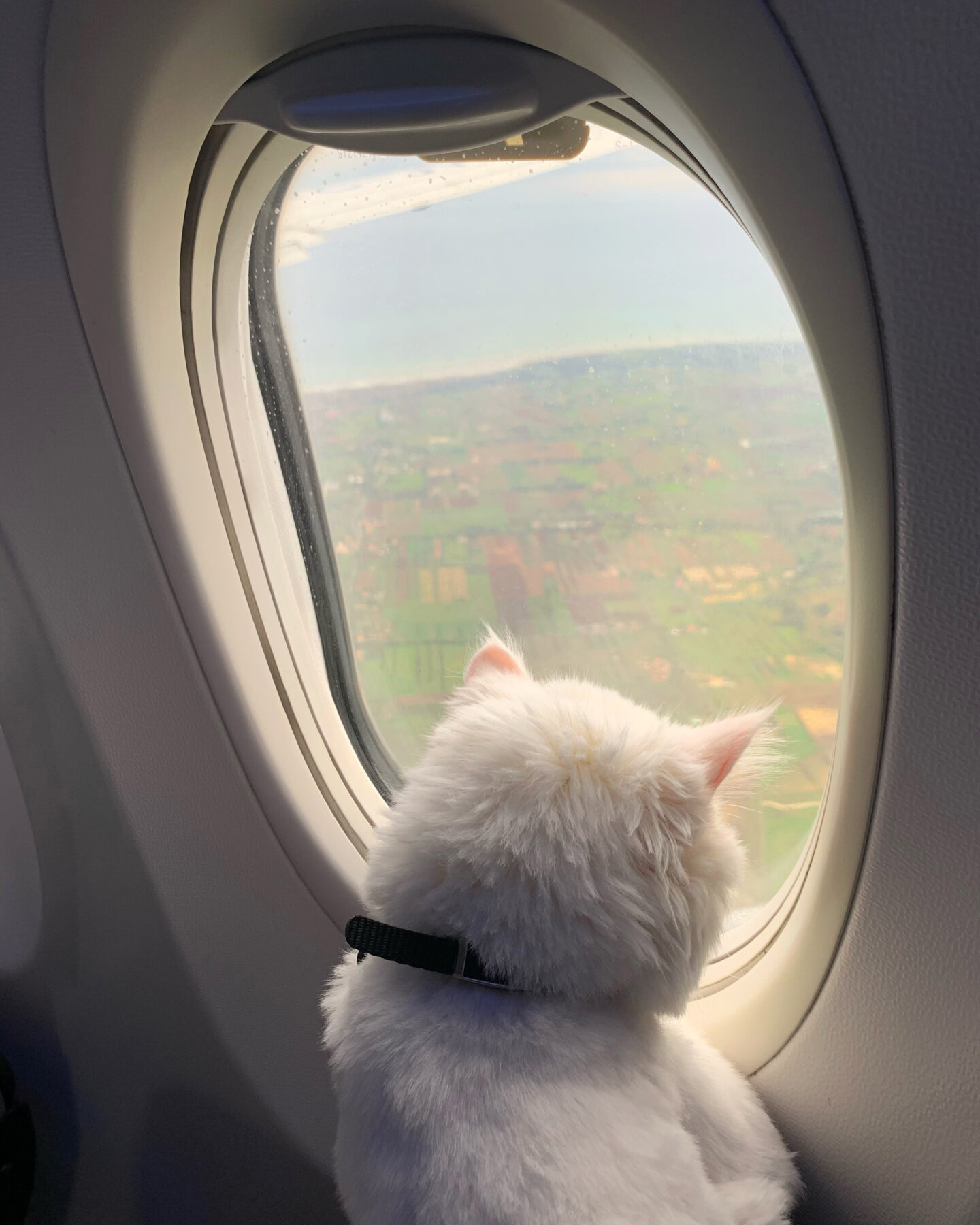 As many of you, we were not able to take to the sky since the pandemic sent travel off a cliff back in mid-March.

While some essential travel is back to the scene, I have decided to take a flight to Rome with my little love (Leo Fitzgerald, the 4 years Angora cat). It was his very first experience, full of excitement and stress.

Challenges while booking a flight

In March 2020, several airlines suspended their operations. This left us with fewer options. The limitation had affected our initial trip which was canceled, so we had to book another one with a three-hour transit stop in Istanbul instead of a direct flight to Rome.

To sedate or not to sedate:

Since sedating cats during air travel may increase the risk of heart and respiratory problems, Leo’s vet has decided not to sedate him and instead to provide me with an emergency calming pill to be used when needed.

Part1: from home to plane

This part had run very smoothly, Leo was in control, though extremely curious. I took him out of the carrier when possible to make him feel more comfortable because he hates cages and carriers. In addition, Leo does not like to walk on a leash very much, instead, he loves being carried like a human baby, which was making him feel safer and close to mama.

Soon after, we were on the plane and ready to take off. It was a bit hot, air conditioning was not at its best, Leo refused to stay in the carrier. Luckley the flight attendants were nice enough and allowed to put his carrier on the seat next to me since the plane was not full. I kept his head out of the carrier, he was scared but he felt calmer when he held my hand and heard me speaking to him..

The transit in Istanbul:

Istanbul Airport is one of the best airports I have been to. It provides many passenger services and has numerous lounges. There are restaurant branches in most of the terminal buildings and a variety of duty-free stores that offer a wide range of products where Leo was exploring it freely.

I was not sure that I could get Leo comfortable enough to make it through the second flight, nor was I sure that flight attendants will allow me to keep him on the seat next to me, so I decided to give him the calming pill, following his vet advice to make the experience smoother for both of us.

The pill had kept him calm and put him to sleep when it was hushed but the minute Leo heard noises, he woke up with extreme anxiety, this continued for the whole three hours trip from Istanbul to Rome.

Flying with a pet can be a challenge even in the best of times. Flying with pets in a pandemic may sound borderline impossible — or even completely insane. But, having done it now, I can say that while it is different than during “normal times,” it isn’t impossible if you decide that you want or need to return to the sky with your little love.

Leo had met a lot of people who gave him love, head pats, smiles and compliments which made his air travel experience and mine unforgettable.

Thank you everyone for the kind treatment we received in three countries, it made a real difference for our trip.

We loaf you, dear friends.